The May FMAP GMM meeting kicked off with opening remarks from FMAP President Ms. Josefina Tuplano, as well as the induction of new members. The event was sponsored by Credit Suisse and featured speakers Lito Camacho and Steve Hagger, who shared their views on Regional Outlook and Strategy as well as insights on the upcoming ASEAN integration. Before the speakers began, a sumptuous oriental fare was served to the participants.

As the guests ate, Lito Vicencio of Credit Suisse introduced Steve Hagger (Head of Malaysian Research in Credit Suisse), who discussed his outlook on the Asia Pacific markets, and Joselito Camacho (former Secretary of Finance and Secretary of Energy, and now Asia Pacific Head at Credit Suisse), who would participated in an open forum for questions regarding the ASEAN integration. Mr. Hagger presented his views on Asian demographics, and touted the Philippines’ low median age and potential for growth, but posited that investments were still lacking and productivity was inefficient. Following this, both Mr. Hagger and Mr. Camacho participated in an open forum facilitated by Mr. Vicencio, discussing the ASEAN region as a compelling investment destination.

Over-all, the event was a success, with the welcoming of new members complemented by a delicious feast, and of course, an insightful outlook on the Philippines and the ASEAN region as a whole by industry experts. 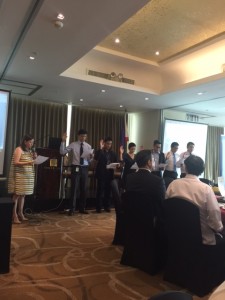 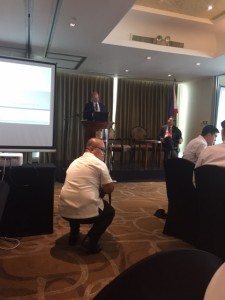